Pampering.. Not for women only 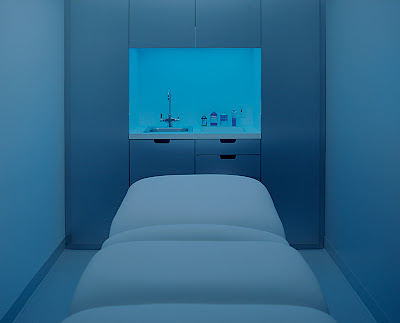 Since the beginning of the decade .. the "Metro-sexual" has been on the rise. Men who take the time to "pay attention to detail" with their look. From clothing, to home decor, to personal grooming. Male waxing is just as lucrative as female waxing. Now men wax everything from backs, chest, legs and arms to even the "personal" areas as well. Some spa locations offer a "full body" wax option that takes care of everything in one sitting - not for the faint of heart at all. Not to say I'm not a fan of men sporting the "scruffy look" , but some areas need to be "cleaned up" a bit (i.e. uni-brows, ears, backs, etc... those areas we just can't let our hubby's ignore). In those extreme cases, less is more, and anything else should be removed - by a professional of course. For those guys who are a bit shy at getting the works done, there are male- only spas where men can get their "services done" without the fear of feeling " girly" being surrounded by women patrons. Some just want the masculine amenities that a male-spa has to offer. Whatever the reason for going, I highly encourage it.
at 5:03 PM