It seems as if everywhere you turned during Fall 2010 New York Fashion Week RED lips were the look. From Velvety textured, to subtle, to FIRE-engine Red. As said by Make up Artist Val Garland backstage at Monique Lhuillier " Red Lips Live On " 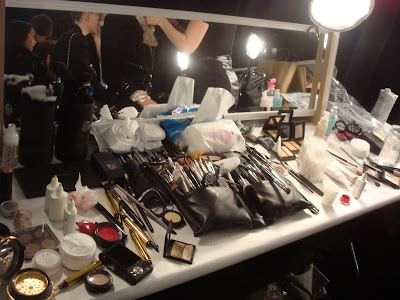 Lead Artist Val Garland explained the inspiration/look for the show to me as -
Breakfast at Tiffany's Brow ( the Brows were extended from the highest arch to capture that Audrey Hepburn-esque essence) , glossy 20's bare lid, no blush - BUT ton's of highlighter to achieve porcelain skin a la "film noir". Last but not least, a lolita lip - my favorite part of the look, which was achieved with lip mix on the lips, with the application of a powder blush to Matte the lip out completely . Garlands forecast for Fall 2010 - "Red Lips Live On ( I love this quote!) , Graphic Eyes ( lots of colors ) , Lots of Liner, Lots of Lash "
____________ 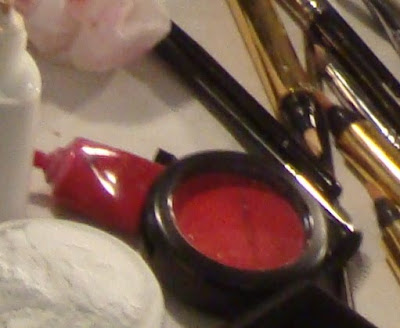 A Close up view of the products of the hour- M.A.C. Pro Lip Mix in "Crimson" along with M.A.C. Pro Powder Blush in "Apple Red" , Highlighter - which was in heavy use for the show as well . 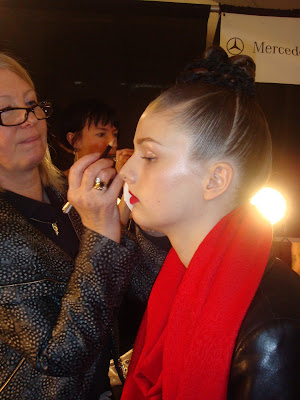 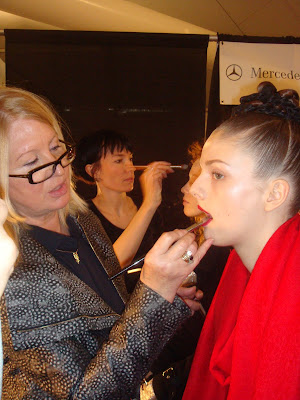 Applying the Apple Red Powder Blush to give the lips that pure "Velvet" texture.
________ 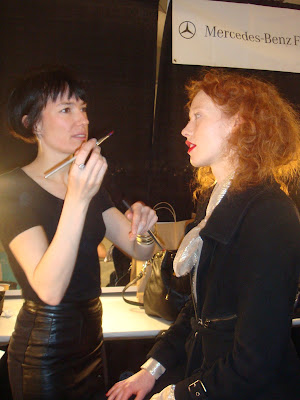 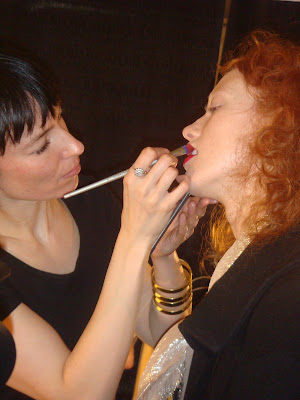 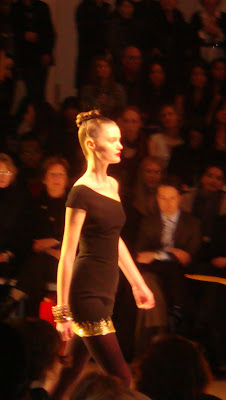 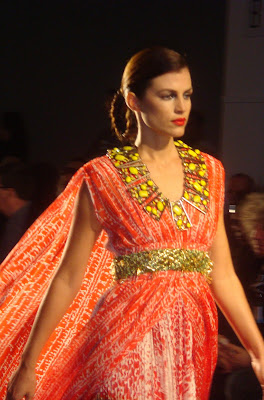 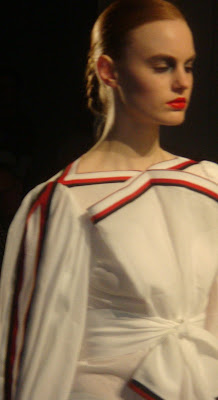 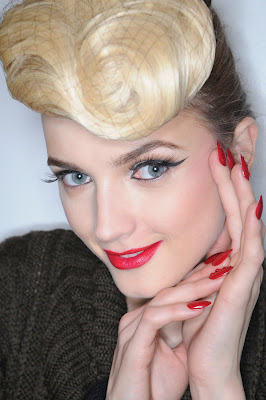