Spend your V-Day with Scott Barnes !!!!!

Well not literally ... but you get my point ! 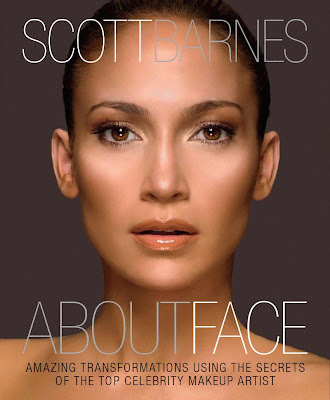 I just LOVE Scott Barnes' new Book "About Face" . I recommend it as a V-Day treat to yourself. It's the gift that keeps on giving to you and your sweetie! This books gives great tips and tricks on how to "beat that face" to perfection. My favorite part of the book is the fact that we get to read the dialogue between Scott and his subjects, its quite entertaining. I also love that he worked on women of color with darker skin, and addressed a lot of the issues they come across, for example- finding the right shade of foundation . He truly transformed all the women in this book to another level, and you can truly see from their reactions to their transformations that Scott is a force to be reckoned with. I am looking forward to what else Scott Barnes has to come !!! Make-up line relaunch perhaps ?????!?!?!? 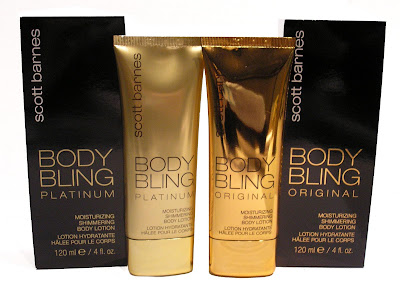 This week has been about all things "Bling" , and BODY BLING by Scott Barnes is at the TOP of my list. You can go from pale and pasty to bronzed and illuminated in less time than it takes to sit in the sun , and you can say good bye to the awkwardly unpleasant self tanner smell ! I myself can attest that some tanners ( I will not list) will have you smelling like some burnt BBQ !!
With Spring/Summer approaching, you will need to make sure you are at your most Bronzed-Best at all times, and BODY BLING is the best way to do it !!!!!
Definitely a must for V-Day as well, you would want to be your most Bronzed self for your Beau!!!
Scott's Bio
Scott Barnes, one of the most celebrated makeup artists and a pioneer in the cosmetics industry did not originally set out to conquer the world of beauty.
Barnes arrived in New York City determined to fulfill his dream to be a painter. Upon graduation from New York's prestigious Parsons School of Design, Barnes started out assisting a fellow artist on fashion photography shoots, where he used his canvas-painting skills to apply makeup to model's faces. It wasn’t long before he quickly became one of the most sought after makeup artists in the industry.
Barnes’ career took him around the world where he was inspired to look beyond the conventional methods of color, contour, light and line. Years later, international beauty guru Shu Uemura selected Barnes to remake and update his Atelier Made line, which was a huge success with the fashion industry and celebrities.
Following his success at Shu Uemura, Barnes launched his signature 21-piece color cosmetic line Scott Barnes Cosmetics on QVC in April 2004. Five months later, Barnes launched 130 products at Holt Renfrew in Canada, Saks Fifth Avenue in the U.S and other high end specialty boutiques. A year later, the collection launched internationally in Europe and Australia and became an overnight success. The immense success of Scott Barnes Cosmetics earned Scott the "newcomer of the Year" award from Women's Wear Daily. He was also a finalist for the Fashion Group International's "Rising Star" award.
Scott Barnes has worked with some of the world’s leading photographers including Patrick Demarchelier, Peter Lindberg, Annie Leibowitz and Mark Seliger and his work have been featured on leading magazine covers including Harper's Bazaar, InStyle, Vanity Fair, Rolling Stone and Marie Claire to name a few. Additionally, Scott has appeared on top national and regional television programs such as Oprah, Extra, Access Hollywood and Good Day LA.
Although Scott has worked with Hollywood talent over the years including Kate Hudson, Beyonce, Gwyneth Paltrow and Celine Dion, it’s his work with Jennifer Lopez which started a cosmetics revolution and birthed a new look: monochromatic, with bronzed skin and pale lips. The Glow exuded both a natural and yet highly-polished radiance---one that could be felt from the inside and shining out. This signature look became known as "lit from within" and launched his most popular beauty product: the phenomenal bestseller Body Bling bronzer.
This Winter, Scott launched “About Face,” the highly anticipated book which will reveal how to achieve Hollywood results with his simple and unique approach.
Currently, Scott resides in Los Angeles and New York City with his partner, Nick. He loves to travel and paint in his downtime and is a dedicated supporter of the Melanoma Foundation.
more tips from Scott :
Regarding the spring/summer trend report: Scott’s motto is about always looking beautiful (in your own skin and style) – it’s more about looking healthy in glowing skin, as that “look” never goes out of style.
Scott recommends not following a walking trend report, rather finding your style and then incorporating one trend that excites you into your daily routine – experimenting with trends on your body and deciding what looks best on you.
He does expect for people to be very body conscious in the upcoming spring season as more skin is exposed, and for this Scott recommends making sure skin is hydrated as that’s your ultimate canvas and then incorporating his Body Bling on exposed skin, achieving instant glowing skin and enhancing the most important accessory.
at 10:00 AM