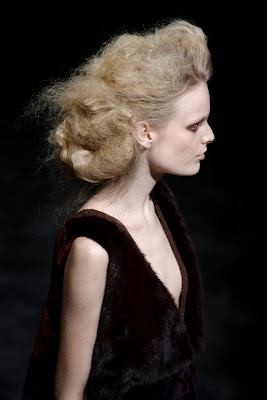 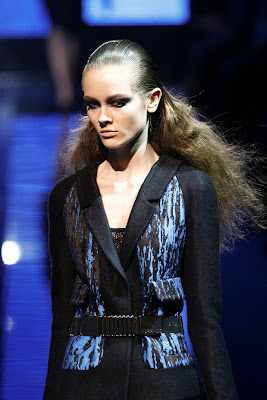 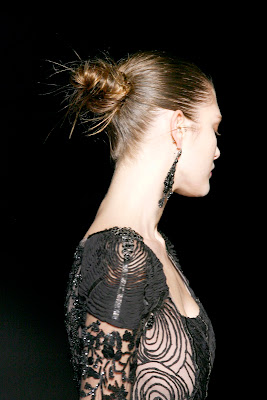 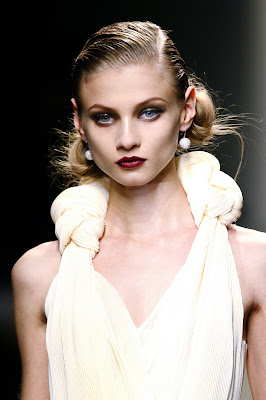 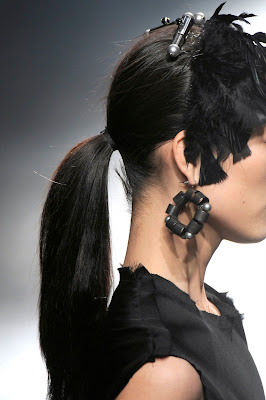 Lanvin
New Classics
**I love this take on the classic "ponytail" , one of my favorite looks** 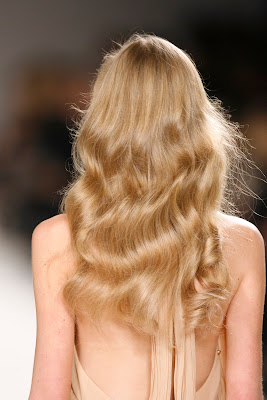 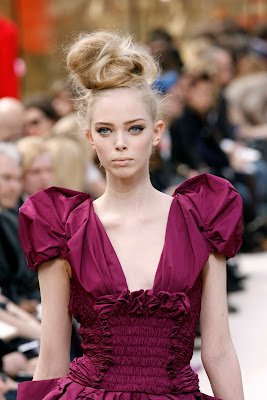 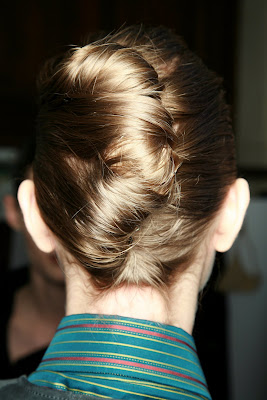 Loewe
New Classics
** This is what I call the "old faithful" , this style will never let you down, its quick, and easy , and will always "work" ** 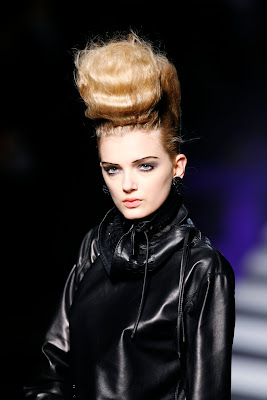 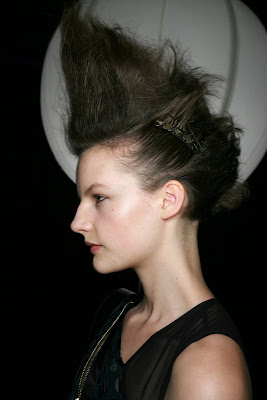 Here's a little background information on the mastermind behind the hair that graced the A/W 09 runways . 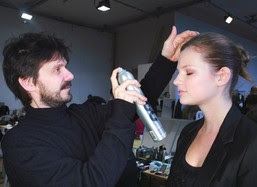 Growing up in Dorset, England, Guido was always inquisitive about style and inspired by
fashion and beauty magazines featuring the works of notables such as Barry Lategan,
Bruce Webber and Dutch hairstylist Christian whose freestyle approach pushed
boundaries of his time. It was during the early eighties when subculture movements like
New Wave, Indie and Goth co-existed and shaped a creative set that changed hair
trends in cutting and coloring. All this, sparked Guido’s interest in hairdressing. Guido
began training at Vidal Sassoon in London in 1983, then worked at the Clifford Stafford
salon and eventually hooked up with David Sims who was an assistant photographer at
the time. From their collaborations, he discovered his eye and love for hair in fashion.
Now, Guido is considered to be one of the world’s most conceptual hairstylists. Having a
strong presence in the industry for over 20 years, Guido has brought his radically
expressive style to runway shows, fashion advertising campaigns and editorial work for
such noted magazines as American, Italian and French Vogue, W and Allure
Guido’s artistic and technical design skills led him to partner with Redken as the brand’s
Creative Consultant in 2005. Since then, he has worked hand-in-hand with Redken,
providing seasonal hair trends, acting as a brand ambassador at editorial photo shoots
and fashion shows, representing Redken in the media, and creating key looks for Redken campaigns.
His client roster includes A-list designers like Prada, Versace, Marc Jacobs, Calvin Klein,
Lanvin, Balenciaga, Jean Paul Gaultier, Miu Miu, Ralph Lauren, Versace, Donna Karan,
Louis Vuitton, and Robert Cavalli. He works regularly with renowned photographers
including, Steve Meisel, David Sims, and Mert Alas & Marcus Piggott.
at 8:00 AM